In honor of my very first steppe in Russia this weekend, which coincided with the one-year anniversary of my Top 10 finish in the O. Henry Pun-Off, I reprise my Soviet soliloquy presented there. 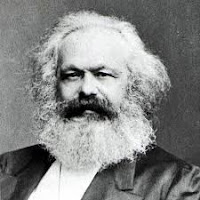 My entry in the O. Henry Pun-Off World Championships.
Results below the fold. YouTube performance here.

During the Cold War, I had a Soviet boyfriend. CYRIL LICked the competition in college. He got high MARX He was a well-RED SQUARE even POLISHing off LENIN'S TOME. But when PUSHKIN to shove, he was STALIN about going to GRAD school. IVAN TERRIBLY for him to MATRYOSKALATE, as did his BARENTS. But he didn't like the RIGA of the POGROM. 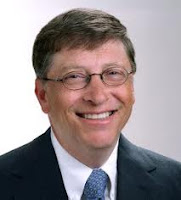 He could have been a STURGEON, or another BELUGAtes. But he didn't want to MAXIM-ize his PROSPEKTS...to STEPPE out of his comfort zone. 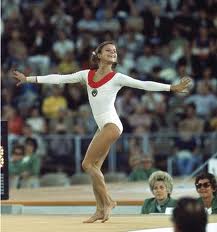 Still, I loved Him. He made me feel SAFIN he was good at his KORBUT a little off-balance. But there were CAVIARs.

I won't beat around the BABUSHKA. At ANASTASIA relationship, things change. I had my Sista' SOLZHENITZYN moment when I realized the guy was a PUTSCH.

Let's CHEKHOV the list. He never MINSKED words. He could BORIS to tears. He was a bit GORKY. It IRSKED me that he was always working ENGELS. He was a snob, acting all SIBERIA. It went beyond the PALE.

I remember ONE PARTY when he drank so much Stoli that he couldn't get his BERINGs STRAIT. I was PETROV-ied he would go ANDROPOV the face of the earth. 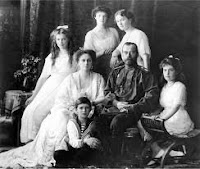 He was a K-G-Beast. He was SOCHI-ep. He was rather VOLGA. And a bit of a SLAV. Plus, he was always ROMANOV, going PIEROGI on me. I started RUBLE-ing the day I met him.

One time, while doing TASS like IRONing CURTAINS when I said to him, "Don't UKRAINE on my parade." He replied, "CRIMEA river." That was it. I said, "I'm FINNISHED. TATAR."

All the signs should have RAISA a red flag. But I was young and TSARry-eyed and fools RUSSIAN to love.URAL looking for a moral? Y'ALTALLINN you, when you are fishin' for love, the KIEVery time is to MIRly cast a MIG NYET SOYUZ don't make the same mistakes I did. No BOLSHEVIK.

According to my reading of the scoreboard, with this ditty, I finished #8 out of 30 for Punniest of Show. So-VI-et. I believe my downfall was artistic impression. Certainly, on technical merit, with more than 60 puns in less than two minutes, I should have skated along with a slate of 9s and 10s. Too bad there was no Russian judge. Given the cryptic nature of the language, I believe I needed a judge familiar with the territory. For example, I ended up taking out sentences like "He was oblast and had good kama" due to obscurity.

Meantime, congrats to the champion, one Jerzy Gwiazdowski from the NYC POLITeBURO of Queens. His geographic riff won the day.

Dear reader, did I miss any Russian puns? You can always do a GOGOL search and offer suggestions. Please speak up. After my mediocre FINNISH, I am needing a whole LADA love.
Posted by Laura Powell at 8:54 AM

I would never have caught even half of the puns had I heard it spoken and not seen it written. Talk about "jam-packed". You are brilliant! And placing 8th is anything but mediocre. Sending a whole lada love your way. Wonderful to catch up with you in Austin after so many years!

Good one! I don't get a lot of the references but I know enough to recognize a fine job of punning. Congrats!

I may be Russian to judgment but shouldn't that search you were suggesting be done on Gulag-ol?

Yes, I had that thought. However, as I already used Gogol, I didn't want to be repundant.

way to go! i have no pun to give (um, i think you've used them all up. like, all of them) but am SUPER impressed in your 8th place. nothing mediocre about it! go laura!

I laughed out loud! Natalya Lukinykh at the other entries in written form, though, it's difficult to have much Ufa sense if you scored too low. Good job, though!

30 is a very respectable score. My observations are that memorizing your routine and not reading it bumps your score up. Also, there were a couple of verbal stumbles. And it was a bit fast, so even tho I had read it in advance, I still missed several of the puns during the video. Sometimes less is more, if delivered strongly.
Great routine, and brilliant puns.

Well done - very well done! I am impressed b/c you used so many puns.