Hotels Use Technology and Design to Evolve the Healthy Room

This article originally appeared in the Skift New Luxury Newsletter, for which I am the chief correspondent.

---------------------
Can a hotel room make you healthier? The jury is still out, but judging from some recent experiments, there may be more than a nugget of truth to the idea.
Delos, which pioneered the term “wellness real estate”, introduced the concept of an uber-healthy hotel room at the MGM Grand in Las Vegas, Nevada back in 2012. It is now bringing its Wellness Rooms to the Four Seasons Los Angeles at Beverly Hills. At the same time, Swissôtel is expanding its own version of a healthy room.
In all cases, the idea is to incorporate health-boosting technologies and ambient design elements to improve wellness. We are talking about things like special lighting to counter jet lag, aromatherapy, dawn simulator alarm clocks, special air purification systems and wisdom from Deepak Chopra. Okay, only Delos has Chopra on board. His knowledge, along with that of the Cleveland Clinic, has been incorporated into the programs offered at MGM and Four Seasons.
The Four Seasons Hotel Los Angeles at Beverly Hills launched its partnership with Delos at the end of November 2017. Located on the hotel’s spa level, five wellness-themed guest rooms and two suites combine the latest technology from Delos, along with a stylish room aesthetic and the eco-chic features you would expect in L.A.
According to Michael Newcombe, general manager and chair of the company’s Global Spa and Wellness Task Force, the concept has potential to become ubiquitous.  Having a “room product dedicated to supporting a wellness-based lifestyle while on the road… is a choice that hoteliers will have to get used to.”  The concept will be tested through July 1, 2018, at which time guest feedback will be assessed. If guests give the thumbs up, the plan is to add more such rooms at the Beverly Hills property and beyond.
Meanwhile, in Switzerland, a new wellness room concept is taking shape at Swissôtel. The Swissôtel Zurich is still tinkering with its Vitality Suite, which it introduced at the end of 2016. It’s an evolution of the company’s ongoing Vitality program aimed at “inspiring travelers to maintain an active and energized body and mind while on the road.” Until last year, that program had been focused on food and fitness offerings. But according to Lilian Roten, vice president of brand management for Swissôtel and Pullman,  “We realized that we had to bring this vitality focus into the guestroom… to package it up and build a room that would be the embodiment of vitality.”
And so, Swissôtel has reconfigured one of its conventional suites into a hardcore wellness sanctuary. Design elements include hardwood floors, soft color palettes, ergonomically-functional furniture, black-out blinds and bathrooms with spa features like aromatherapy and chromatherapy tubs.
There’s also a great deal of attention paid to allowing guests to personalize their experience. For example, company literature says, “In a first for the hotel industry, circadian light is accommodated on demand. Circadian light features allow light color to change, influencing the secretion of melatonin in the brain, helping travelers overcome jet-lag or lack of sunlight,” along with enhancing the quality of sleep.
Meantime, the built-in Wellbeing Wall offers guests a variety of training options, as it contains dumbbells, horizontal bars and cable-pull systems.  A multilingual cyber-trainer via a touch-screen monitor displays exercises geared towards strengthening, stretching, meditation and breathing.
There are plans to develop Vitality Rooms in North America and Asia. The Swissôtel Chicago is slated to be the first hotel outside of Switzerland to introduce the concept, most likely next year. In Asia, the company’s Singapore property will be the first to get an update.
“What we are looking into is evaluating what regional adaptations would be necessary to make rooms relevant for various markets,” said Roten.
At the same time, she notes, certain features will always be mandatory. Among them are floors uncovered by carpet; work areas with adjustable desks with options for standing or sitting; bathroom spa experiences; and a Wellbeing Wall. Inclusion of an air purification system will only be required in cities with air quality indexes above 50 (that’s you, Beijing).
While the Vitality Room per se will be exclusive to Swissotel, Roten says that other AccorHotels brands are likely to incorporate aspects of the concept over time.
Meantime, back in the United States, Delos Stay Well rooms have been introduced to half a dozen Marriott properties on the East Coast during the past year. Should Marriott and AccorHotels fully buy in, healthy rooms may prove to have legs beyond luxury brands.
Posted by Laura Powell at 10:54 AM No comments:

This story, written by moi, was initially published by Kiplinger's Content Studio.
When it comes to planning for the year ahead, travel to well-known, iconic destinations often tops the agenda. Sometimes, however, lesser-known places can deliver more affordable and more authentic (the current travel marketing buzzword) experiences. In fact, according to LearnVest, 73 percent of Americans say they’d prefer a longer vacation in an inexpensive location than a shorter vacation in an expensive place.
If your travel budget is limited, consider sidestepping some of the more popular destinations. By embracing a few “second” cities, you’ll stretch your travel budget without sacrificing enjoyment.

Broadway bound? Instead of the Great White Way, consider the Great White North. Toronto claims North America’s second-largest theater scene. Most of the top Broadway shows make their way here, and ticket prices are often lower for touring performances in other cities than in New York. Americans also automatically get a 25 percent discount, thanks to the favorable exchange rate in this Canadian city. That means hotel rooms, restaurants, and transportation will cost less, too. 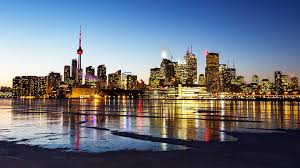 Like New York, Toronto hosts world-class cultural offerings. The Four Seasons Centre for the Performing Arts, for example, is home to the National Ballet of Canada and the Canadian Opera Company. The Toronto International Film Festival draws stars and movie buffs from around the world. Other attractions include The Royal Ontario Museum, The Art Gallery of Ontario, and the Aga Khan Museum.
Toronto’s distinct neighborhoods are just as interesting as New York’s for shopping, dining, and exploring. For a Brooklyn vibe, head to The Junction. For those in search of Boho Chic as experienced in Greenwich Village, opt for West Queen West. And if Fifth or Madison Avenues are your style, visit Bloor-Yorkville instead.

Located along Highway 101 between Los Angeles and San Francisco, SLO (as SLOcals call it) is home to more than 200 wineries. While sampling wine often costs $20 and up in pricier viticulture areas, in SLO the average charge for a tasting flight is less than $10. And about two dozen wineries offer free tastings, a perk unheard of in other top California wine regions.
In addition to a welcoming wine culture, SLO has a range of beach towns offering reasonably-priced, independent hotels from two to four stars (the average daily rate is for less than Napa). San Luis Obispo itself, a town of about 40,000, hosts a weekly farmer’s market, and many small boutiques and restaurants serve up the California dream for less.

Denver may be known as the Mile-High City, but at 2,730 feet, the title of Half-Mile-High City belongs to Boise, Idaho.

Besides being an easier altitude adjustment, Boise shares a similar Mountain West vibe and serves as a gateway to many outdoor adventure experiences and ski resorts. A major difference: while hotel prices have risen along with Denver’s urban development, four-star accommodations are still available at moderate rates in Boise.
Within the “City of Trees” lies the 25-mile Boise River Greenbelt – a tree-lined scenic pathway with access to wildlife habitats and popular parks. The state-of-the-art Boise Whitewater Park caters to rafters and kayakers of all levels. And Bogus Basin, 45 minutes from downtown, is Boise’s local skiing playground. Within a three-hour drive is Sun Valley, the Aspen of Idaho, which provides the same level of first-rate skiing, shopping, and dining options as its Colorado cousin. 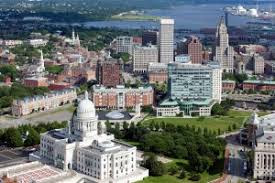 Given its 17th-century roots, the city is rich in history. Revolutionary-era churches and museums overlook the city's historic waterfront. Benefit Street is a “museum mile” of original Colonial homes. There’s no Freedom Trail, but there are many self-guided walking tours.
Providence boasts hotel prices that are far lower than Boston’s. And the city can be explored on foot, so there’s no need for a rental car. Contributing to the city’s much-lauded food scene is Johnson & Wales, an internationally-recognized culinary academy.
Posted by Laura Powell at 12:10 PM No comments: