Please indulge in some recent stories written for Orbitz Blog about Italian food and cultural tourism in the regions of Emilia Romagna and Piemonte. To whet your appetite before clicking on the links, see below. Buon appetito!

How to Eat Your Way Through Emilia Romagna

Posted by Laura Powell at 10:36 AM No comments:

#1: Avoid cliches like the plague. The Danish in Copenhagen isn't the best thing since sliced bread (since when is sliced bread so great, anyway, I wonder?) When was the last time you really felt like a kid in the candy store? And unless you are trying out a carousel, you don't give things a whirl.
#2: Avoid words you never use when talking. I'm talking iconic, quaint, and rustic.

#3: Just to prove that I am not overly persnickety, I'll allow one quaint or iconic per article. But never, ever use luxe or azure, for sure.
#4: That the grass is green is not newsworthy. That the beach is sandy is not newsworthy. Don't include useless and/or redundant adjectives. Keep it pithy, people.

#5: Can a city boast? Apparently, it can, as "Chicago boasts the best deep-dish pizza in the world" and "Honolulu boasts grand luxe hotels, sandy beaches, and azure skies."  But IMHO, a place cannot boast.
#6: Is Albania the next Italy? I don't think so. But some travel writers do. "The next...." is not merely cliched writing; it is also somewhat pejorative if you think about it (i.e.--the next best thing to sliced bread....but it ain't no slice of bread).

#7: Don't trash the locals or local customs just for the heck of it. If you do, as in this piece I did for National Geographic Traveler  that literally trash talks Albania, provide context and balance.
#8: Maybe it's me, because I simply abhor chick-lit. Articles about your journey of self-discovery are usually a yawn, even to your closest friends. My best advice is to circumvent this form of literary litany. An aside--why is it that 99 out of 100 of self-confessional, self-delusional pieces are written by women? 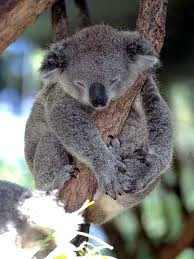 Which brings me to one more parenthetical point. You can pet a koala, but you can't pet a koala bear. Koalas are marsupials, not bears. Put that in your pouch and ponder. And one more point that may save your life one day: If you want to pet a koala, don't do so by awakening it from a eucalyptus-induced stupor. I can tell you from experience... this not a good idea. A koala awakened abruptly from its languor is a vicious animal. But that's a story to be chronic
Posted by Laura Powell at 1:45 PM No comments:

2017 is going to be the year of the experience. Now that travel to places that were once considered exotic has become somewhat pedestrian (oh yeah, I’m heading to Easter Island tomorrow--you?), it’s the search for the ultimate experience that may reign supreme...no matter where it takes place. That said, experiences need to be one-of-a-kind and indigenous to the place visited.

For example, during a recent trip to Italy, I bypassed Rome and Venice and focused on making gelato in Bologna and truffle hunting near Alba.

2017 will also be the year when people are looking chill out and escape from reality. This means that instead of heading to the world’s great cities, they may be prone to head to the outer reaches of familiar countries. Iceland has been a very popular place for the past several years. This year, there may be a fjord in your future, as seekers of calm and isolation may head above the Arctic Circle, exploring Nunavut in Canada, Lapland in Finland and Northern Norway. In all of these places, visitors can experience the Midnight Sun, giving them more daylight to lap up adventures. In Northern Norway, those adventures include riding horses, hanging ten at the world's northernmost surfing school, or French kissing with wolves.


Also, so-called secondary cities will experience a renaissance. During the past few years, places like Richmond, VA; Cincinnati, OH; and Boise, ID have become beacons of urban cool. Young chefs, priced out of major markets, are opening restaurants in these smaller burgs, while uber-cook, cutting-edge lodging brands, like 21c Museum Hotels and Aparium, are focusing their efforts in these under-a-million cities.

Posted by Laura Powell at 1:18 PM No comments: