In the Limelight: Consolidation is Reshaping the North American Ski Market


This article originally appeared in Skift's New Luxury Newsletter, for which I am the luxury correspondent.
--------------------------------------------------
Ski season is going to be a bit different in North America this year. Two ski industry giants, Vail Resorts and Aspen Skiing Company, have been picking off notable ski areaslike pawns on a snow-covered chessboard. Vail acquired Whistler/Blackcomb in British Columbia toward the end of 2016 and then grabbed Vermont’s Stowe Mountain Resort in Vermont this summer. This year, Aspen Skiing Company, in a venture with KSL Capital Partners, also made moves, acquiring Mammoth Mountain in California and the assets of Intrawest, which include Mount Tremblant in Quebec and Steamboat in Colorado. Aspen Skiing Company independently operates four ski areas around Aspen/Snowmass.
On another front, Aspen Skiing Company, or Skico as it is familiarly called, is growing its hotel business. The storied Little Nell has been part of its portfolio since the 1980s. However, in 2010, Skico purchased an existing property in Aspen and named it the Limelight Hotel. The second hotel under the moniker was built from scratch by Skico and opened earlier this year in Ketchum, Idaho. The move raised some eyebrows, as Ketchum is a mere mile down the road from the privately-held Sun Valley Resort. Could a move into the greater Sun Valley real estate market be a harbinger of things to come? 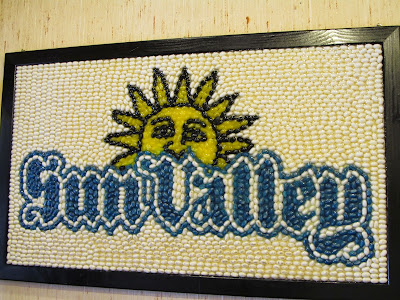 As family-owned resorts, Sun Valley and Aspen Skiing Company are rarities in the ski industry. The Crown family of Chicago owns Skico, while Sun Valley is owned by the Holding family, which also owns Sinclair Oil and Little America Hotels & Resorts. Both are also part of the Mountain Collective, a multi-property ski pass allowing purchasers two free days of skiing (and other benefits) at each of the 16 participating resorts. (The Mountain Collective competes with Vail Resorts’ Epic Pass, which includes unlimited skiing at 45 resorts worldwide).
While speculation abounds, for now, Sun Valley is not for sale, nor is Aspen Skiing Company setting its sights on it. Kelli Lusk, Sun Valley’s public relations and communications manager, says the Holding family is holding onto ownership and has no plans to sell. All Alinio Azevedo, chief operating officer for Aspen Skiing Company’s hospitality division, will say is that “we have a great relationship with Sun Valley at corporate levels–and the families are good friends.”
In the Limelight
Azevedo then pivoted to focus the discussion on the Limelight brand. After Skico acquired what became The Limelight Hotel in Aspen in 2010, the company considered how to grow a brand out of a single property. “We saw an opportunity gap — a gap in resort markets between the high-end and the next level down in terms of accomodations,” says Azevedo. Additionally, “there are people who want to stay in luxury quarters, but they are not willing to pay for the extra service. From a physical standpoint, we are four-to-four-and-a-half star properties with high-quality rooms, but without the full-service hotel experience.”
Brand concept in hand, the next step, says Azevedo, was deciding “where can we replicate this type of environment, a hotel which becomes a living room for the community….a place to connect guests with the locals and vice versa….and a base for adventure.”  Skico found the environment suitable in both Ketchum and in Snowmass (where a Limelight will open in the fall of 2018).
After Snowmass, Azevedo says, “Our goal is to have eight to ten hotels in the next five years.” Where will Limelight enter the spotlight? “We are looking in communities that center around adventure (all likely in North America) — whether it’s skiing or nature or trekking or surfing.” The expectation is that most of the hotels will be new builds, but “we are not shutting down from existing opportunities that may present themselves if they align with our brand strategy.”
Posted by Laura Powell at 12:00 PM No comments:

Pass the Avocado Toast: Updating the Spa Experience for a New Generation

What do millennials want out of a luxury wellness experience? Apparently, avocado toast. That’s just one of the findings lifestyle publication Well+Good discovered after surveying 4,600 of its readers.
Unlike days of yore, when the only way to discover wellness concepts was by going to iconic high-end destination spas like Canyon Ranch and Miraval, today, wellness is accessible nearly everywhere.
You can take a high-intensity interval training class or sip on a matcha latte anywhere from Boise, Idaho to Baltimore, Maryland. There’s the entire urban landscape extending to second-tier and tertiary cities supporting what were once fringe wellness practices and pabulums confined to the likes of Los Angeles or New York.
Alexia Brue and Melisse Gelula co-founded Well+Good in 2010. They presented the findings of the company’s Wellness Travel Survey at the Global Wellness Summit in October.
The ubiquity of wellness is a big part of the reason, says Brue, that millennials aren’t impressed with the iconic spa brands, many of which have traditionally appealed to clientele getting the wellness light switched on for the first time.
But another reason, she says, is simply that this generation doesn’t know these brands. “Starting in the late 1990s through the early aughts,” says Brue, “the iconic spa has not been a part of the cultural currency.”  In pre-Internet days, seekers would discover these retreats thanks to fawning articles and splashy advertising in glossy travel magazines.  But this generation gets its information online, and as Brue notes, “These brands haven’t been part of the social media conversation.”  That’s part of the reason the millennial wellness getaway mindset has traveled elsewhere. 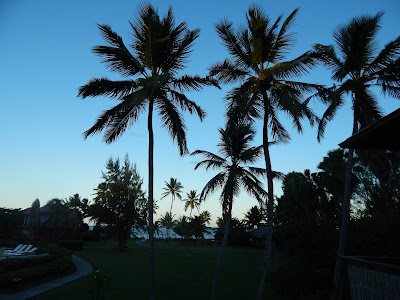 In a game of “would you rather,” the Well+Good survey discovered that a slim majority of the respondents would opt to go to an iconic spa (55 percent) over a guru-led retreat (40 percent). However, Gelula calls the results “shocking,” given that they were expecting an 80/20 differential in favor of the old-school spa.
According to the Well+Good co-founders, the spa attendees in the audience at The Global Wellness Summit were surprised, too. “The spas don’t even realize that their biggest competition isn’t other spas,” says Brue. “Fitness and lifestyle instructors leading retreats are the competition,” says Brue. Indeed, it’s increasingly common for self-branded wellness gurus with large social media followings to organize their own wellness retreats to exotic destinations around the world.

For spa resort executives who might be comforting themselves by thinking it’s all about the price tag, they are wrong, according to Gelula. “They are convincing themselves that if they are not attracting millennials, it’s because millennials aren’t taking luxury trips.” But that’s not true. Millennials do have disposable income (although not necessarily as much free time. According to to the survey, younger wellness seekers are more likely to take a three-day getaway rather than the traditional one-week spa stay). When it comes to retreats versus spas, she says, “it’s important to point out that we aren’t seeing much of a price point difference. Retreat leaders often charge between $700 and $1000 a day.
Brue also believes that some of the iconic spas, instead of trying to appeal to millennials today, are just waiting until they start getting aches and pains. The problem with that approach, says Brue, is that “millennials don’t have a ‘fix me now’ mentality when they go to a spa.” Because they are already incorporating wellness in their everyday life, when they go on a wellness getaway, they want an elevated experience that builds on their daily practices, but doesn’t replicate them. Gelula says, “Spas are simply are out of the loop in terms of what travelers expect from a wellness retreat.” So, what do today’s wellness warriors want? The number one priority, according to the survey, is food. Ninety-nine percent of the respondents said the quality of the food was a key factor in their decision-making process.
Ninety-seven percent of the survey respondents wanted cultural offerings to be part of the package. That doesn’t necessarily mean experiencing a Lomi Lomi massage in Hawaii, but rather going to a destination where the surroundings themselves provide a broadening experience. That’s part of the reason guru-led retreats are starting to get a leg up. They can roam from place to place from year to year, plunking down in up-and-coming destinations in order to incorporate a greater cultural component into the programming mix.
The Well+Good survey also found the nature experiences (96 percent) and high quality fitness offerings (94 percent) were important, with spa services (93 percent) rounding out the top five. 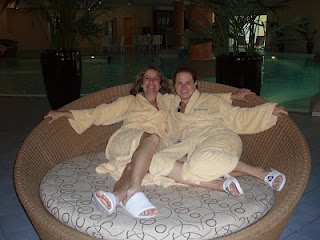 So, how can the iconic spa bring offerings up to date? Gelula recommends starting with the menu. “Focus on food,” she says. “Provide cool wellness food offerings. After all, consumers are used to eating avocado toast, avocado smoothies and cauliflower rice at home…or seeing them on Instagram.” In addition to menu updates, Brue says spas need to hire higher-quality fitness instructors, and to add more personalization to the spa programming.
All in all, the co-founders of Well+Good suggest spas need to change now or risk becoming dinosaurs. As Gelula notes, “The value proposition has to keep pace with this sophisticated group of travelers. One thing we confirmed with the survey results: Spa experiences for millennials should focus on deepening already-existing wellness practices.”

This story originally appeared in the Skift New Luxury Newsletter.
Posted by Laura Powell at 11:27 AM No comments: