In the Wake of Coronavirus, Should We Be Using Paper Boarding Passes Instead of Mobile Ones?

Let me preface this post by noting that I am not a scientist. But I am a veteran travel journalist who has written many a story about the germiest places on airplanes.

Other publications have recently written about the "safest" seats to book when flying these days. But I haven't seen any attention given to the boarding process.

At the risk of being dubbed Chicken Little, I do want to propose a question for health professionals.

In recent years, the majority of frequent travelers have dispensed with the use of paper boarding passes. Instead, the mobile phone is serving that purpose.

But let's consider the mobile phone. It is estimated that the average user touches a cell phone more than 2500 times a day. That figures includes every tap, type, swipe and click. 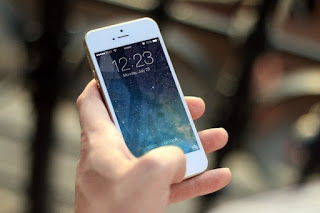 Now let's wander over to the airport check-in process. First, passengers hand their phones over to TSA agents to enter the security zone. Next, they hand those same phones over to gate agents so that mobile boarding passes can be scanned, or they may do the scan themselves. In all cases, your phone screen often directly touches the scanner. Then, the next passenger scans his or her phone, the surface area of that phone touches the scanner that previously touched your passenger's phone, and so on and so on and so on. You see where this is going.

So, I pose a question to health professionals. In the wake of travel bans and airport health scans, should we perhaps be considering going back to using old-fashioned paper boarding passes for awhile? Health and travel experts, please weigh in.

Posted by Laura Powell at 10:27 AM No comments: