You may think, from the recent dearth of posts, that I have been suffering from writer's block. In part, this is true. But in part, I have been so busy doing travel stories for my lovely outlets like The Washington Post, NewsChannel 8 and Groupon City Guides (coming soon to a computer near you), that I simply haven't had time to write the pithy prose that the treasured readers of this blog have come to expect.

However, after a lengthy session reading travel magazines cover to cover, I have once again been inspired to return to one of my favorite topics--my beefs with travel writing drivel. In the past, I have written several columns filled with gnomes...

noun
a short, pithy expression of a general truth; aphorism

...about travel writing. Some of these beefs are worth repeating and I have cooked up a few new gnomes. Let me note that I am unlikely immune to some of these gno-gno's (except #1). No one's perfect, but I try to avoid them like the plague (click link for my commentary on cliches).
------------------

Who knew? However, I beg to differ. Lake Lucerne does not have a nude beach; Spain does not have a desert; Santa Barbara's wine country does not have skiing; nor, for that matter, does Quintana Roo. No  matter how amazing a place is, I defy you, dear reader, to find  a location that actually has something for everyone. If you are an aspiring travel writer, my #1 piece of advice is to NEVER use this lazy phrase.

2. Awkward uses of words
While technically correct, writers often use words that are passé, grammatically questionable, or of questionable connotation. For example, I recently read that "Northern California is fraught with something for everyone, offering meeting planners all they could ever wish for." Let's ignore for a minute that my favorite phrase is used, and that the sentence ends in a preposition. As soon as I read the word fraught, my heart starts beating faster. True, it officially is defined as filled or laden, but in common parlance, it is usually used with a negative connotation (the mission was fraught with danger, it was a fraught situation). Therefore, using the word to connote a beneficial thing seems off.  Similarly, a 20-something travel writer, in discussing his visit to Estonia, talks about the Communistic era. Yes, communistic is a word, officially, but never, in 20 years of writing about Eastern Europe, had I ever seen the word used. Try to redline words that make readers stop in their tracks.

How about truly unique, absolutely essential, or old adage?

4. Of quaint hidden gems nestled in breathtaking mountains populated by friendly locals...
...and all those other aggravating travel cliches.

5. And just because it bothers me...
Whether you love ice skating or swimming; whether you are into history or metallurgy; whether you are a man, woman or hermaphrodite, it is absolutely essential (!) to see Destination X. This whether/or construction is simply overused in travel writing. See whether or not you can avoid it.
Posted by Laura Powell at 9:53 AM No comments:

Curious how the woman behind Daily Suitcase packs? Check out this segment from Let's Talk Live in Washington, DC.


If you don't feel like watching the whole thing (tsk, tsk), here's a pithy recap.


1. Pick a color scheme and stick to it. Many people choose black and white. I find that quite blah. Not to mention that once you spill something on those white pants, they are down for the count. Opt for basics in blue, chocolate brown, or green to stand out from the crowd. Having a color plan allows you to limit purses and shoes (see below).

2. Do the mix and match thing. If your skirts and pants sport patterns, bring solid tops. Make sure you can wear different tops with different bottoms to give the illusion of tripling the size of your wardrobe.

3. Thank goodness for accessories.  They can truly change the look of an outfit. Pop a belt over that flowing dress and you have a whole new silhouette. Those who are handy with scarves can find a million ways to change things up with one small piece of fabric.

4.  Jackets and sweaters can also alter a look. Just add a top layer to an outfit you have been wearing all day and voila, you have a new outfit.

5. Since all of your clothing mixes and matches, you only need one purse.

6.  Likewise, you will be able to stick to my famous Three Shoe Rule. Now, I am not saying you can only bring three shoes. But I am limiting you to three pairs of shoes--one for dress (heels); one for fashionable walking (comfy loafers or sandals or flat boots, depending on the season); and one (sneakers) for workouts and walks on the road.. 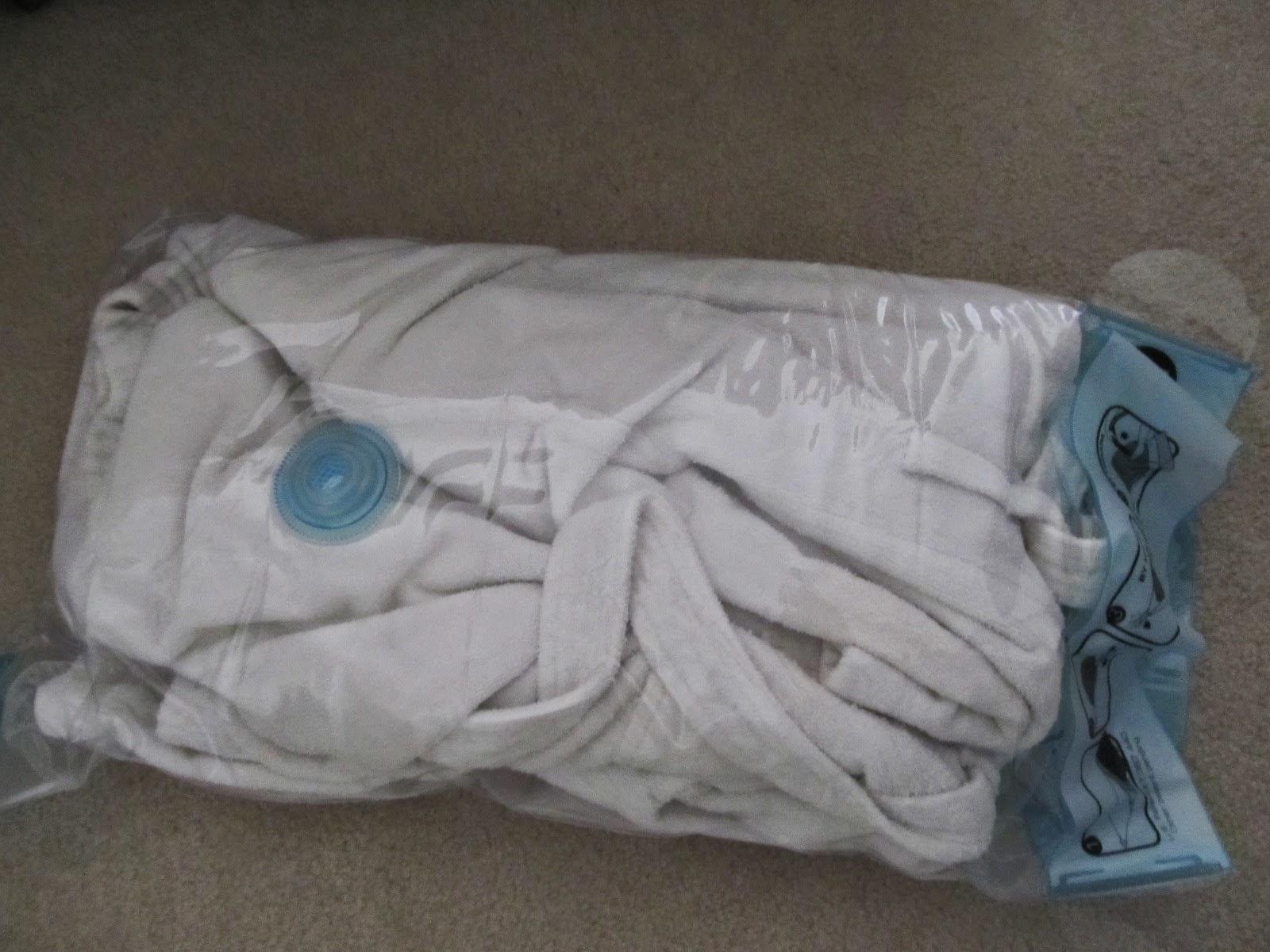 8.  Use compression bags. Packing carry-on doesn't have to suck when you use these, because by sucking air from the bag with a mini-vac, you can shrink-wrap your clothing--reducing bulk by half. Travelon Space Mates are airtight, leak-proof, and cheap (2/$15).

9. Wear your heaviest clothing (parkas, boots) on board.
Posted by Laura Powell at 8:05 AM No comments:

9 Things to Know About Delaware


Yes, it's the nation's first state. But do you know why Delaware is so dubbed? The answer, and eight other surprising facts about the country's second smallest state, below.

1. Delaware was the first state to ratify the U.S. Constitution. It happened on December 7, 1987 in Dover.

2. Up until last year, Delaware was the only state in the union not to have a National Park Service unit. It still doesn't have a national park, but it now has the NPS First State National Monument (thank you, Joe Biden?) It consists of several historic sites, including the Dover Green, the New Castle Courthouse and parts of the Brandywine Valley.

3. There's no sales tax in Delaware, which makes it a shopping mecca.
The best deals can be found at the Tanger Outlets in Rehoboth. 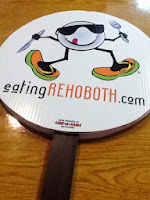 4. The foodie scene in Rehoboth is surprisingly robust. Maybe all of those Washington weekenders have unleashed a demand for fine food that can no longer be tamed. Savor a taste of the best the beach town has to offer by taking a sampling and strolling tour with www.eatingrehoboth.com.

5. Speaking of food, the Second Annual Mid-Atlantic Food and Wine Festival takes place between May 14 and 18 in venues throughout Delaware. The only statewide food and wine festival in the country will feature epicurean experiences presented by 90 chefs and 20 winemakers from six continents.

6. Punkin' Chunkin' in Bridgeville. Need we say more?
8. As the northernmost slave state (albeit in the Union), Delaware played an integral role in the Underground Railroad, which led southern African-Americans to freedom. The Harriet Tubman Underground Railroad Byway connects key historic landscapes, homes, and places of cultural significance throughout Delaware to tell the story of the struggle for freedom and the individuals who helped make that dream a reality.

9. More history is showcased in northern Delaware at the famous DuPont mansions.  The Hagley Museum and Library is the site of the gunpowder works founded by E.I. du Pont in 1802. The example of early American industrial history includes restored mills, a workers community, and the ancestral home of the du Pont family. Winterthur, the home of Henry Francis DuPont, is now a premier museum of American decorative art. Meantime, a stroll through Nemours, the home of Alfred I. DuPont, will leave you feeling as if you are wandering through a French chateau.
For more information on the First State, go to www.visitdelaware.com.

Posted by Laura Powell at 12:08 AM No comments: