For centuries, many European and Asian cultures have viewed mineral-fed hot springs as a source of health, wellness, and healing. But according to the Global Wellness Institute, the sector is quite underdeveloped in North America, due to a lack of a historic bathing culture that is prevalent elsewhere. The times are changing, however, as more Americans are looking to nature for its power to calm and rejuvenate.
In the United States, hot springs have traditionally been seen in recreational terms rather than as a wellness endeavor, according to Vicky Nash, a tourism consultant who is dedicated to professionalizing the hot springs industry. Thanks to the efforts of Nash and a former U.S. senator, among others, hot springs are suddenly being reframed as wellness destinations across the country.

According to Nash, about 28 states have hot springs in one form or another, although the majority are in the West and Southwest. Many of these waters are on public land, and a few are contained within fancy resort complexes. But for the most part, hot springs facilities are rustic mom-and-pop operations, solely offering a soak in the forms of mineral bathing and swimming. Some are a little more tricked-out, with extras like massage rooms and dining outlets.
Many of these smaller operations, long in need of a facelift, are in the process of changing hands. According to Nash, “A lot of the smaller hot springs facilities were established in the 1970s. Now those owners are selling, and new owners, including investment groups, are coming in with an interest of revamping them and getting them up to speed” for the growing wellness market.
That’s why many facilities, shuttered for years, are reopening, some with multimillion dollar investments. For example, a Phoenix-based couple, Mike and Cindy Watts, purchased the ailing Arizona Castle Hot Springs in 2014. The original facility was built at the end of the 19th century, but it was abandoned during the 1970s. Earlier this year, it reopened as a luxury healing center for the well-heeled. Some of the bungalows, complete with private outdoor tubs, list at $1,600 per night.
Mark Begich is another person betting on the business. The Alaskan businessman purchased Carson Hot Springs in the late 1990s. His company refurbished the property’s historic buildings, located just a few miles from Nevada’s state capitol. Also added were a restaurant and brewpub, making the facility more of a destination versus a pass-through. He, along with a group of investors, also owns Jemez Hot Springs and Cañon Del Rio Inn and Spa in Jemez Springs, New Mexico.

Begich, by the by, is not just your run-of-the-mill developer. He heads up Northern Compass Group, a business and strategic communications consultancy. And he happens to be a former U.S. senator (D-Alaska). After leaving the swamp in 2014, he jumped back into the hot springs arena. First, he purchased those New Mexico properties and now, he’s become the force behind the development of the brand-new (as of October 2019) Hot Springs Association.
Begich pointed out, “In rural areas, local-level mom-and-pop businesses are critical to the economy. In remote areas, developing these facilities brings in money from outside the community and creates jobs.” But for the most part, they have been left to their own devices  By creating an association, individual operators will experience strength in numbers.
“There are so many layers of the business, but no one is coordinating information,” said Begich. Having an association to bring together hot springs operators across the United States “means these small businesses can pool resources, joining together to have purchasing and marketing power.”
Schawna Thoma is vice president of Begich’s Northern Compass Group. “Most hot springs are family-run, and people often feel isolated or intimidated about reaching out. We will serve as a network for these people, and offer tools and serve as an information resource.” The organization will allow small properties to band together to build awareness, while also doing less sexy things, like helping to negotiate water rights, share new technology, and develop affordable insurance programs. It will also start tracking visitor numbers and economic impact.

The latter, said Begich, will be of immense help to operators seeking loans. “Right now, hot springs are difficult to finance,” according to Begich, “because the classification is difficult. That’s why the data is critical; it’s for financiers to understand the business.” That understanding may lead to a simpler lending process.
Vicky Nash is another person bringing together resources for the hot springs community. She helped develop the Colorado Historic Hot Springs Loop, which links five hot springs destinations in the western part of the state. During its five years in existence, each of the five communities has experienced an increase in tourism.
Nash last year launched the Hot Springs Connection. It’s the first conference in the United States dedicated solely to the needs of hot springs operators. The conference, the second of which is scheduled for November, allow operators to exchange ideas and get educated on topics ranging from water sanitation to tourism marketing.
Now that the industry has its own trade association, its own annual conference, and, to a certain degree, a new generation of owners, hot springs may be destined to become the next hot thing in wellness tourism.

This article originally appeared on Skift. I am Skift's luxury editor and wellness correspondent.
Posted by Laura Powell at 8:39 AM No comments: 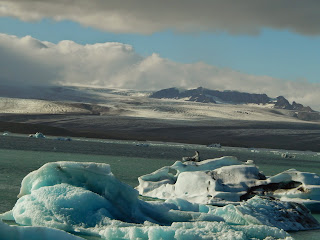