My first travel column for The Georgetowner.
The bi-weekly glossy is aimed at Washington, DC's first-class travelers.
Here's a brief peek, but click on the link above for the full skinny.
-------------------------
Washington jet-setters now have a full slate of exciting new options for non-stop travel out of the DC area. Several international carriers have chosen 2012 as their year to get acquainted with Washingtonians, while some of the old standbys are adding new destinations--international and domestic--to their schedules.

If you fly out of Dulles, there might be a fjord in your future. That’s because Icelandair is back in the Washington region after a fjour-year absence. This time, instead of flying out of BWI, it’s flying out of Dulles. During the summer, Icelandair has six flights a week to Reykjavik. This is an airline known for offering long-weekend deals (the flight is less than six hours), so keep an eye on its website, particularly during non-peak travel months.

Good news for United MileagePlus members, who can rack up plenty of points on the airline’s three international routes introduced this spring.  United Airlines now flies a daily non-stop to Dublin, Ireland, to Manchester, England and to Doha, Qatar.

If you have a hankering for seven-star hotels and a yen to see the tallest  building in the world, enjoy a far-flung exotic adventure via Emirates.The highly-rated Middle Eastern carrier inaugurates its daily non-stop service from Dulles to Dubai on September 12. Book business class before July 5 and save $1000.

If you feel like a shorter hop, Porter Airlines may be just the ticket. This top-rated Canadian carrier started flying between Dulles and Toronto City Airport in April. There are now four flights each way each day. What passengers get for their money--perks such as access to premium passenger lounges, and free wine, beer, and snacks on board.

Heading south of the border, AeroMexico launched daily non-stops from Dulles to Mexico City in May.  If you want to get a bit of that Latin flavor without leaving U.S. territory, opt for JetBlue’s new non-stop service from Reagan National (DCA) to San Juan, Puerto Rico.  Of course, you’ll have to wait until August 23 to head to the islands. 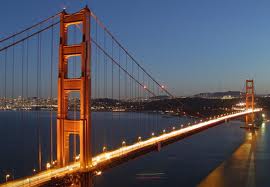 DCA to San Juan? What gives, you say? The FAA’s new Modernization and Reform Act, signed on Valentine’s Day, grants slots for eight new non-stops between DCA and destinations beyond the airport’s normal 1,250-mile perimeter.   In particular, that’s a sweetheart deal for Washingtonians looking to travel to California. There are several new non-stops to the West Coast, including a daily American flight to Los Angeles and a daily United flight to San Francisco.  US Airways starts flying non-stop to San Diego in July and Virgin America wings its way to SFO on August 14.

Meantime, if you want to wander up the Baltimore-Washington Parkway, Condor Airlines is scheduled to begin twice-weekly non-stop service between BWI and Frankfurt, Germany next month. Condor tends to offer seats at lower fares than its Lufthansa counterpart, so if you are heading to Germany, you’ll get high marks for comparing prices.

9 Things I Learned at the Fancy Food Show

After attending the 58th Summer Fancy Food Show in Washington, DC, I came away with the following tidbits.

1. If you like cheese and olives, you'll get your fill at the Fancy Food Show. There are thousands of food manufacturers, countries, and companies displaying their wares and means. And by my very unofficial count, at least 20% of them are serving up samples of cheese and olives.

2. The top three growth areas in terms of sales are shelf-stable functional beverages (yummo); yogurt and kefir; and energy bars.

4. Gluten-free is the hottest thing since sliced bread. (Now, if they would only make a good gluten-free sliced bread). Everyone is coming out with gluten-free specialty foods. In fact, a poll by the National Association for the Specialty Food Trade (NASFT), shows that 35% of manufacturers are looking to add the GF label to their lines this year. That's the good news. But what bothers me, as a gluten-free girl of 15 years standing, is that now everybody and their cousin is shouting GLUTEN-FREE to their packaging. Yogurts are trying to milk the gluten-free trend. Potato chips are trying to add to their appeel (sic) by toting GF. And it's a pita that hummus is doing it, too. Because all of these products, for the most part, are gluten-free, anyway.

5. Caffeinated water makes sense. After talking to the lovely people at Avitae, I am fully on board with the idea of having such a beverage on airplanes. Hear me out. The biggest problem during a long-distance flight (aside from a potentially smelly seatmate) is dehydration. Yet, what do people tend to drink (non-alcoholically) during long-distance flights? Coffee and Coke. Both are diuretics. But they do wake you up. So, you arrive at your destination wide-eyed, albeit dehydrated. But caffeinated water can help you arrive both wide-eyed and wet. What's not to like?

6. My favorite story from the Fancy Food Show is the tale of Tanka Bar. The company is owned and run by members of the Oglala Lakota from the Pine Ridge Reservation in South Dakota. The innovative energy bar meshes tribal ancestral knowledge of the life-giving qualities of native foods with today's quest for healthy "snack" foods. Made with prairie-fed buffalo, cranberries, and no artificial anything (and they are gluten-free, too), Tanka Bar seems the ideal protein product for keeping up endurance on the road. I can't wait to take a pack along on my lengthy train journey through Siberia.

7. You can now buy canned wine and boxed water.

8. The largest olive oil producers in the world are Spain, Italy and Greece. Hopefully, the golden nectar, in particular, can grease the wheels of the sagging Greek economy. 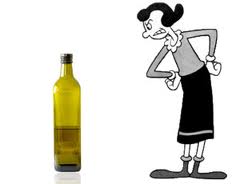 9. Expect to see more products packed with fiber and probiotics.
Posted by Laura Powell at 2:03 PM No comments:

Happy to report two new exciting, upscale outlets. I have just been named travel editor of The Georgetowner, a bi-monthly publication distributed to Washington, DC's chi-chi and power players. Speaking of whom, my power profile on Washington appears in next month's Open Skies Magazine,
which can be found on board Emirates Airlines.
Posted by Laura Powell at 4:10 PM 1 comment: