Looking for the newest crazy cool travel products? You can always depend on Great Day Washington's gadget guru and travel goddess (that's me) to deliver the goods. Watch the hilarious segment here and find product details below.


Sound + Sleep MINI is a sound machine serving up a choice of 48 different tones, from whales jabbering to the hum of traffic (whatever floats your boat...and puts you to sleep). Why bring along a machine (albeit lightweight) an app will do? Well, for troubled sleepers, apps just might not do, according to the MINI's engineers. Apparently, its patented technology "has the ability to automatically listen to your background for disruptive ambient noise and the MINI responds by remixing sound and adjusting volume to neutralize outside sounds." Take that, apps!   Plus, with the MINI, you can leave your phone far from the bed, making those middle-of-the-night check-ins less likely. Plug it in or use AA batteries. $79.95 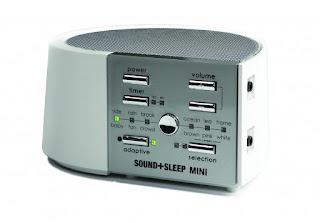 They'll make you look a bit batty, but they work. Occles are designed to keep illumination out, whether you are trying to get shuteye on the airplane or a tan at the beach. The light, durable eye covers are padded with soft rubber, providing your peepers with their very own face pillows. The adjustable wraparound is helpful for sizing, but a little awkward to lean against.  Warning: Although Occles do keep UV rays out, you may end up with raccoon eyes if you sunbathe in them too long. A pair runs about $30. 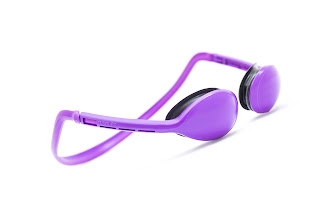 Wouldn’t it be great to speed through an airport with your carry-on in tow? With a top speed of 12 miles per hour, you can now zoom past your fellow passengers on Villagio of Miami’s Transmover luggage scooter. The included carry-on bag is detachable, so you can throw on your own suitcase or dog carrier. The battery-powered version, with a TSA-approved rechargeable battery, costs around $500 (unless you want a pink one--that costs more). A manual scooter runs in the range of $250. 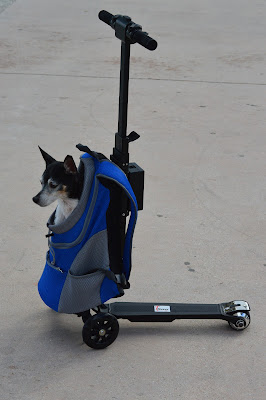 Posted by Laura Powell at 12:09 PM No comments:

Plane Sense: How to Complain to Airlines

In light of this week's United incident of very involuntary bumping (and dragging), it's never a bad idea to remind consumers how best to resolve a complaint with an airline when the problem isn't captured on video.
While researching the nooks and crannies of official rules regarding bumping, I came across a great deal of informative information (and if nothing else, information should be informative) at Transportation.gov, the website of the Department of Transportation.
Below is an edited section from the DOT missive called Fly Rights. My comments in blue.
Like other businesses, airlines have a lot of discretion in how they respond to problems (preferably, those responses will not resemble that of Oscar Munoz).  While you do have certain rights as a passenger, your demands for compensation will probably be subject to negotiation and the kind of action you get often depends in large part on the way you go about complaining.
Start with the airline. Before you contact DOT for help with an air travel problem, you should give the airline a chance to resolve it. As a rule, airlines have trouble-shooters at the airports (they're usually called "Customer Service Representatives") who can take care of many problems on the spot.
If you can't resolve the problem at the airport and want to file a complaint, it's best to write or email the airline's consumer office at its corporate headquarters (and then, if those channels don't work, take to Twitter. See my additional comments near the end of this post).
DOT requires most U.S. airlines to state on their websites how and where complaints can be submitted. Take notes at the time the incident occurred and jot down the names of the carrier employees with whom you dealt. Keep all of your travel documents (ticket or confirmation, baggage check stubs, boarding pass, etc.). Here are some helpful tips should you choose to write.
The DOT Fly Rights complaint section does not mention Twitter or other forms of social media, so it is a bit dated. That said, I still think it's best to go through private channels of complaint first. If there is not a satisfactory response, then tweet-shaming can sometimes do the trick.
We all know that Twitter loves snark. But save the snark in complaining on Twitter as a last ditch effort....and only if the error on the part of the airline (or other travel provider for that matter) is egregious. As the DOT suggests, try to be nice and businesslike first, even in a tweet.
Sometimes, though, snark is deserved. Take the case of the Icelandic car rental company that pinned us with damage charges, despite the fact that the driver who hit our (parked) car claimed responsibility in writing. After months emailing with no success, a few well-placed tweets did the trick and we got the company to refund our money. In such a case, Twitter-shaming was justifiable (IMHO). However, I will note that this tactic may not work with U.S. airlines. After all, as we can see from the United incident, airlines can be rather shameless.
Posted by Laura Powell at 8:56 AM No comments:

Light art is a relatively new creative form that blurs the borders between design and technology. During the past decade, light festivals have started brightening up night skies around the world. In the United States, though, such festivals are still a rare phenomenon…for now.

Vivid Sydney is Australia’s light bulb moment. Held between May 26 and June 17 (remember, that’s winter down under), an illuminated trail of installations will weave through Barangaroo, Sydney’s newest harborside precinct. There will also be displays at Darling Harbour, Taronga Zoo and the Royal Botanic Garden. Of course, the sails of the iconic Sydney Opera House will also be illuminated, this year with a projection of imaginary creatures inspired by insects, plants and the ocean. In addition to the light displays, Vivid Sydney features a diverse line-up of music plus an Ideas program.


Elsewhere in central Europe, the Prague Signal Festival is the largest cultural event in the Czech Republic. Held in the City of a Hundred Spires between October 12 and 15, the festival brings modern art and new technology to the streets and public squares of Prague. Famous historical landmarks and lesser-known nooks and crannies will be transformed under the spell of Czech and global masters in light art and design.


The Netherlands sports not one, but two different light festivals each winter. During GLOW Eindhoven, no place is safe from light artists. The facades and public spaces around the Dutch capital of design and technology glow between November 11 and 18. Meanwhile, the Amsterdam Light Festival takes place during December and early January. The Illuminade evening walk itinerary leads past a score of light installations, including projections on historical architecture, dynamic light installations in city parks and works to walk through. The canals are also illuminated and best seen via a Water Colors boat tour.

Back down under in Singapore, iLight Marina Bay returns every March, setting the waterfront aglow with sustainable, environmentally-friendly light art installations. The festival also features a range of fringe activities, including creative workshops for children and adults and a colorful playground with giant inflatable animal structures. If a visit to Singapore doesn’t coincide with the festival, worry not: Nightly light shows are presented at both Gardens by the Bay and Marina Bay Sands.
Posted by Laura Powell at 9:43 AM No comments: