Of Fonts, Bananas and Crossword Grids

Well, there aren't many benefits of being ill for a week, especially when one works from home. (Before I continue, fear not, dear reader. My plague appears a virulent form of the common cold.). I suppose one sunny side is that the indoor time has not inured me to the wave of summer weather that has recently befallen our nation's capital. The reason that is good news is I am heading to the Baltics at week's end, where temperatures are currently in single digits. And even though said numbers are in Celsius, it's still going to be pretty chilly.

But I digress, as I so often do.  Before I head out on a trip, I like to stock up on books. Being an old-fashioned gal when it comes to my reading, I prefer my ABCs in print rather than in E-form. Fortunately, prior to contracting the wayward germ that has waylaid me, I had purchased a number of books, both from local bookstores (good for me) and Amazon (I am not totally out of date, after all). So, I read three books in six days and will provide an extensive book report on my favorite, called Just My Type (this type is New Times Roman, Italic 12), in my next post. The brilliant book on fonts, penned by Simon Garfield, is a fount of information and entertainment.

But again, I digress. Blame the lingering fever. Given the avidity with which I read (I often down a 350-page book in one day), I am always thrilled when I find books that truly capture my imagination. Interestingly, the ones that do so most often are non-fiction, which some snobs might say are less creative than fiction. But I beg to differ.

In my favor is the old saw that truth is stranger than fiction. But beyond that, the fact that I often opt for histories of arcane subjects (The Toothpick; The Phone Book (not the actual phone book, but a book about the phone book); The Yugo; White Bread) ups the quirk quotient.

Before this post becomes a novella, let me list the three lovely books that kept me entertained through coughing fits, running noses (well, one runny nose), and various aches and pains.

1. CrossWorld: One Man's Journey into Americans Crossword Obsession, by Marc Romano (a history of crossword puzzles and profiles of some famous--and not-so-famous--fanatics)
2. The Banana: The Fate of the Fruit that Changed the World, by Dan Koeppel (a worldwide romp covering the sexless banana from the time of Adam and Eve through today) and
3. Just My Type, by Simon Garfield

Both CrossWorld and Banana are less than 300 pages, which make them appeeling (sic) for coast-to-coast flights. Just My Type is a little longer, but it contains more pictures (although the images in ? are mostly font types). 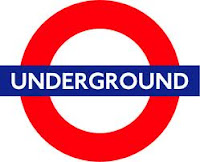 In case you think I am crazy in recommending Just My Type, let me offer up a brief serving of what you will learn.  Do you know what an interrobang is‽‽‽ Did you know that the & combines the letters E & T (from et, which paired with per se & and = ampersand). Want to learn what's underneath the iconic typography of the London Underground? Curious as to why Gotham (see below) was selected as Obama's campaign type? Then you are just the type to read this book. A full review to come.

Recently, when trying to book a non-stop flight from Moscow to Washington, DC, I learned that United had stopped running from Russia. In lieu of the only non-stop option (Aeroflot), to which I said nyet, I opted for a one-stop through Frankfurt.

Nonetheless, in looking at the options, I discovered that for those who say da to the Russian carrier, starting on June 8, there will be three non-stops weekly between DC and Moscow from which to choose. Udachi.

Other new international flights between Washington, DC and far-flung points include Etihad Airlines' daily non-stops from Dulles to Abu Dhabi. That route started on March 31. On June 17, Brussels Airlines will sprout up with IAD-BRU flights five days a week. 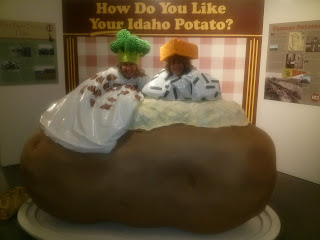 Posted by Laura Powell at 4:49 PM No comments: