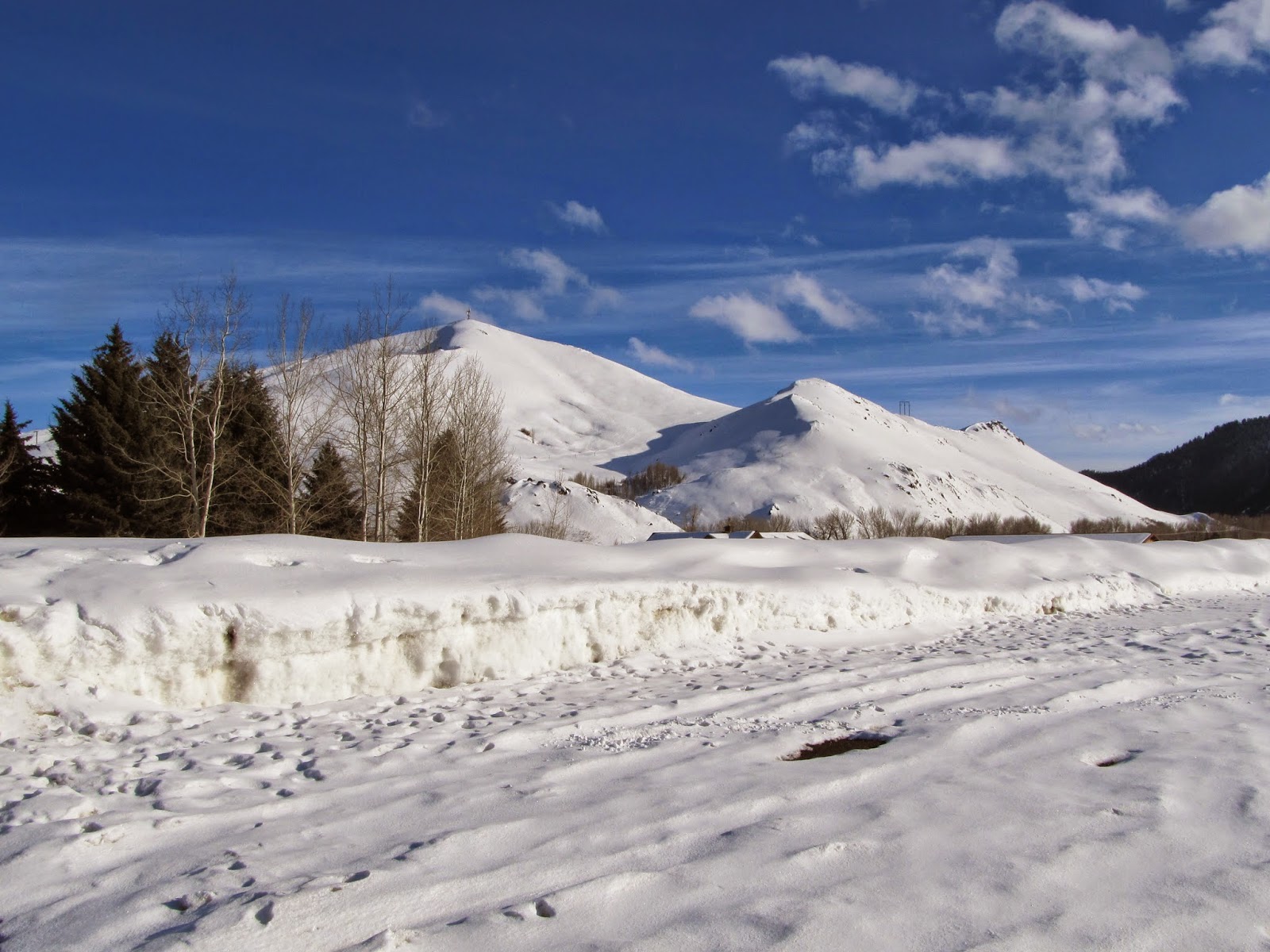 Let it snow. And when it does, where better to weather a storm than at a cozy resort?

In light of Snowmageddon, WTOP Radio in Washington, DC asked me how to select the perfect mid-winter getaway. Here's  the reporter's write-up of our chat.

WASHINGTON — By now you’ve seen the signs:  frigid air, salty sidewalks, cracked skin. We’re officially smack dab in the middle of winter — a time of year when the sun seems to hibernate and warm weather is a distant memory.

If you’re looking for a way to beat the winter blues but don’t have the time or cash to fly to the Caribbean, plenty of local destinations and activities can take your mind off the seasonal grind.
The D.C. area is home to several famous luxury resorts — from The Inn at Perry Cabin to the Salamander Resort and Spa, but travel expert and blogger Laura Powell says you don’t need to go all-out to escape and recharge.

“I sometimes like to go to some of these resorts that are not necessarily off the beaten track, but they’re certainly not as well-known as [some of the others],” she says.

Regardless of which destination you choose, Powell offers one important tip:  Book a place that has a fireplace, an indoor pool or a spa.

One of Powell’s favorite winter destinations is the Omni Bedford Springs in Bedford, Pennsylvania. The destination is only two hours from the Washington area and checks off all three boxes on Powell’s winter wish list.

“It’s a beautiful, historic property, so you’ve got your fireplaces, you’ve got a fabulous spa,. , and it's one of the few spas in the country that utilizes natural spring water for all of their treatments.”
And guests don’t have to worry about getting bored, as the resort offers a variety of amenities and activities to keep them entertained, including an indoor pool and tours of the historic property. When it’s warm enough, guests can cook s’mores over an open fire or take a hike in the surrounding mountains.

Powell also recommends Poplar Springs Inn and Spa, in Warrenton, Virginia, just one hour outside the city. The hotel went through bankruptcy about a year ago, but the property, which sits on about 100 acres, is open for business again. Powell says the hotel’s restaurant, Manor House, is one of the resort’s highlights. And every Thursday night during the winter, Poplar Springs offers free tastings of local beers and wines.

Poplar Springs Inn is also close to several wineries: “If you go into Virginia wine country, a lot of the wineries are still open, even though they’re not necessarily in production, so you could do wine tasting.”

Can’t make it out of town for the weekend, but still want to relax and recharge? The spa at The Four Seasons in Georgetown offers a variety of services, including massages, aromatherapy and facials. And for $50 extra, you can use the spa’s gym, pool, sauna, steam room and more for the entire day. After you’re done being pampered, slip outside the spa to the patio at Bourbon Steak. Grab a seat by one of their fire pits and enjoy a glass of wine and a bite to eat.

Similarly, the spa at the Mandarin Oriental makes its heat and water facilities (showers, a steam room and a vitality pool) and its relaxation room available to spa guests for the whole day, with a service appointment.   ---By Rachel Nania


Following up on my coverage of international airport trends for CNN (see post below), here's this week's Let's Talk Live segment. I discuss worldwide and Washington, DC airport trends. 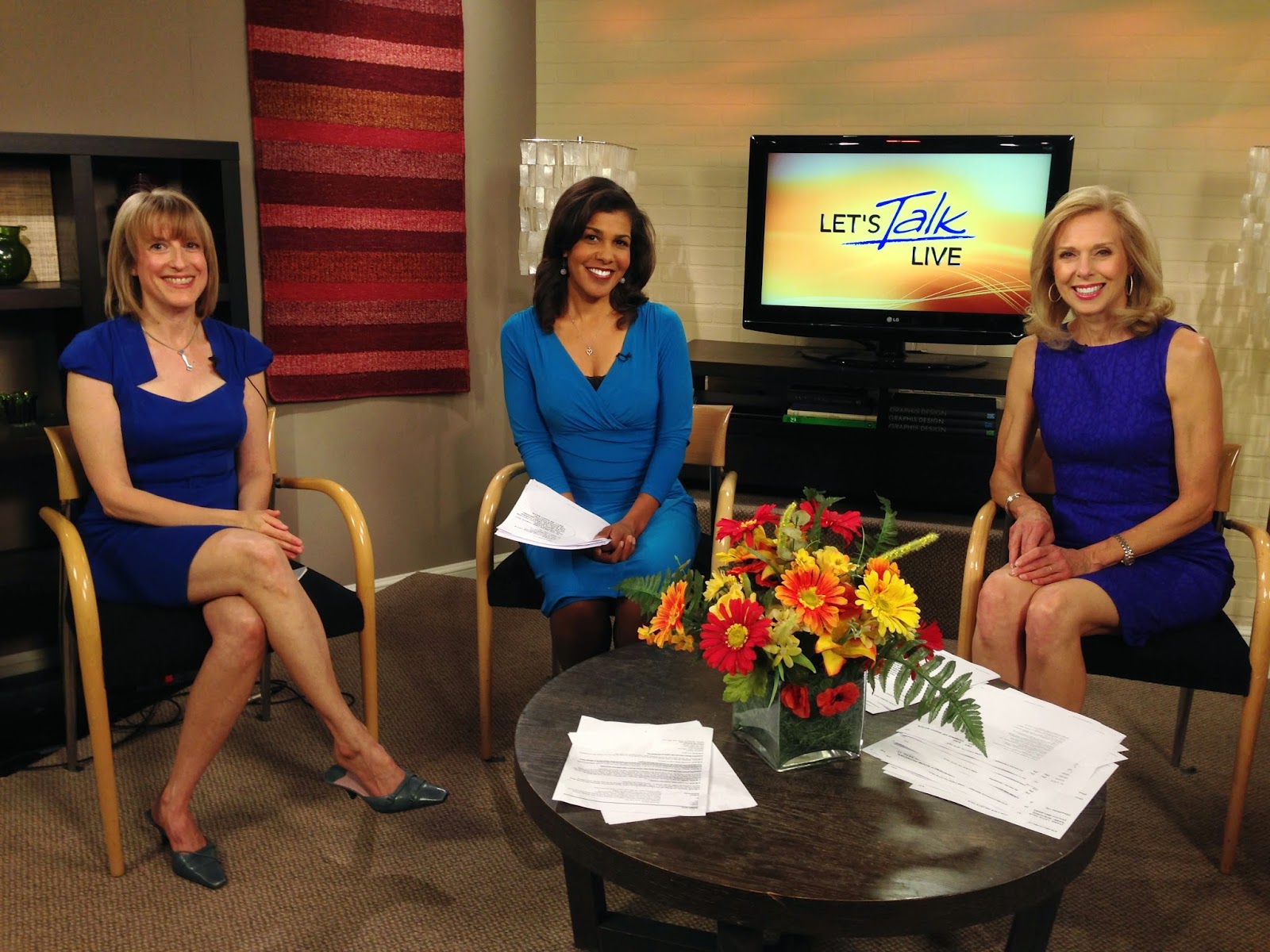 My Story for CNN on Airport Developments 2015

Many moons ago, I helped develop CNN's very first travel program. I produced the original edition of CNN Travel Guide, and was responsible for doing that show, plus ten daily segments a week, for several years. Sounds dreamy, no?  However, with no budget to actually travel beyond the outskirts of Atlanta, the job had its challenges. Even so, working for CNN was the launching point for my travel journalism career.

I also was one of the original producers for CNN International. So, it's particularly gratifying that my return to CNN is marked by a travel story in the international edition of the website. Here it is. 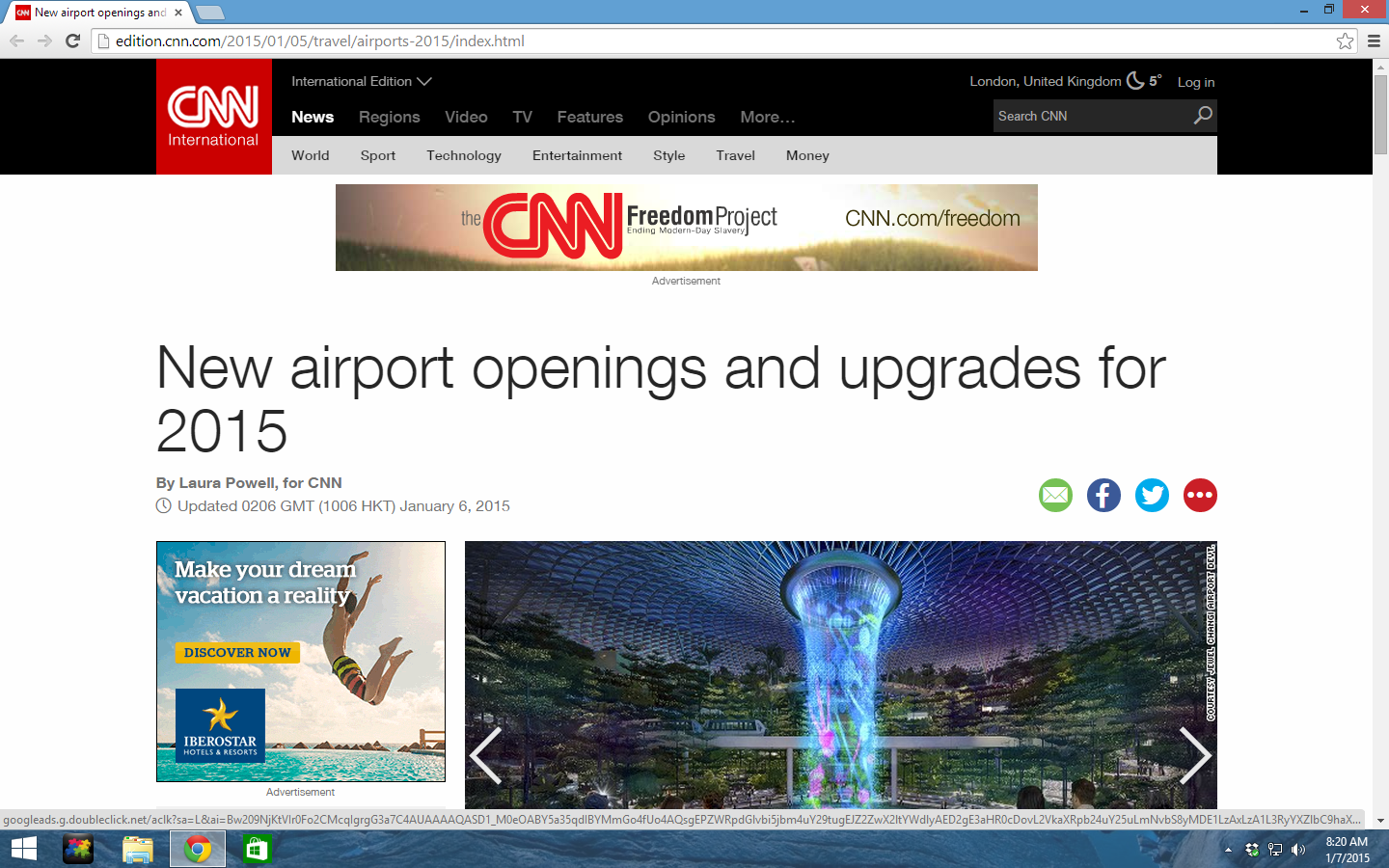