Places to Go and Things to Do in the New Year


Where in the world will you go this year? If you are following trends, you will be getting off the beaten path in search of adventure and the exotic. Forget sun and sand. Be part of the avant-garde cognescenti.

The lure of forbidden lands is beckoning this year--even though it seems there are getting to be fewer and fewer of those places on the list. Before the fall of the Berlin Wall, Eastern Europe and the USSR were considered--if not verboten for travelers--then certainly alien. Prior to the mid-1980s, the same held for China. And then there have always been places that are the geographic equivalents of personae non gratae due to political reasons--including South Africa during apartheid, Burma until last year, and perhaps Iran even now. 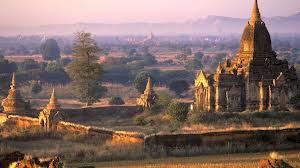 In talking forbidden lands, I am not recommending war zones. Rather, I am talking about the axis of exotic--Burma (Myanmar), Cuba and North Korea.

Now that the government of Burma has finally chilled out, and long-time opposition leader and Nobel Peace Prize winner Aung San Suu Kyi is not only out from under house arrest, but sitting in the Houses of Parliament, more Americans are open to visiting the country. And Burma is reciprocating by opening the doors to what was formerly a country largely shut off from the rest of the world.

Visas are becoming easier to acquire--back in 1997, when I visited, it took months to get a visa and I could not list my occupation as journalist. At least 50 new hotels are being built to meet the demand, and more tour companies are adding Burma to their itineraries. Given the pent-up demand that built during the decades of dictatorship, tourism officials in Burma are expecting a doubling of tourist arrivals by 2016.

It's a hot spot, for sure, but it's still a place where you can still step back in time. No McDonald's, no KFC, spotty Wi-Fi, etc. So, if you visit in the next year or two, you will largely experience what I did 15 years ago, albeit with construction cranes replacing the large billboards broadcasting the People's Desires, as outlined by the former junta.


Burma is a land unspoiled by mass tourism. When I visited, I was struck by the beauty of the countryside and the gentle nature of the people. Still, back then, paranoia was rampant and getting the locals to talk was a challenge. But now, I imagine, tourists will find it a fascinating time to chat up a Burmese population experiencing elevated levels of freedom of speech for the first time in years.

You won’t necessarily find such freedom of speech in Cuba and North Korea, but those countries, too, are high on the interest list. Cuba, of course, has been open to the rest of the world forever, but it’s been restricted to Americans since 1961. And the fact is, Americans can travel legally to Cuba--it’s just that they will be breaking federal law if they spend money there.

Nonetheless, most Americans who want to go to Cuba can travel there freely, as long as they go under the auspices of a licensed tour company. For awhile last year, those licenses were lifted--one could blame presidential politics and the Florida vote--but they have been reinstated and so you can go without breaking any laws. North Korea is also legal, and if you go there, you will definitely have bragging rights as being among the few who have braved the Hermit Kingdom, a place where time stands still...or runs backward.