Of Doughnuts, Bananas, Prozac and Typefaces 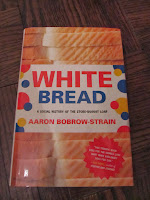 Every January, I ponder cataloging all the books I read that calendar year. But somehow, about 10 books into the equation, I drop the ball. Nonetheless, given the amount of time spent on planes and trains this past year, I've managed to polish off at least 40 books, chapter and verse. Most have been non-fiction, although I managed to add a couple of classics into the mix. Here are brief reviews of some of my faves, along with recaps of a few of the duds. 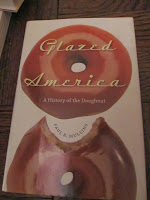 Despite the fact that I cannot ingest gluten, in past years, many of the books I've gotten a rise over have been about bread and other wheat products. Go figure. I savored White Bread: A Social History of the Store-Bought Loaf; 52 Loaves; and Glazed America, which is a treatise on doughnuts. This year, though, I decided my food-related reads should be gluten-free. So, I tackled ginseng and bananas. 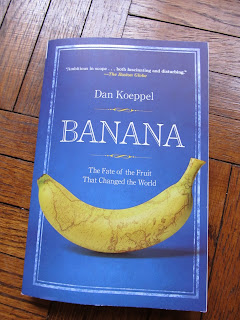 One of the first books I read this year was Banana: The Fate of the Fruit That Changed the World by Dan Koeppel. Koeppel traces the fruit's history from the Garden of Eden (that apple, according to the author's research, was actually a banana) through the creation of banana republics in Central America to the current state of the fruit today. I found the read most appeeling . It was informative and witty at the same time.

On the other hand, Ginseng: The Divine Root by David A.Taylor ...frankly, not so divine. Yes, Taylor's tome explores the history of ginseng by visiting places like China, Canada and Wisconsin. He discusses health benefits attributed to ginseng and he uncovers some interesting facts. However, the root of the matter is that Taylor's dry and slow writing style makes what could have been a diverting dose into something a bit more medicinal. 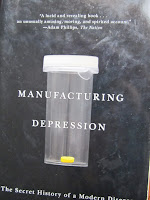 Speaking of medicine, Manufacturing Depression: A Secret History of a Modern Disease by Gary Greenberg perked me right up.  Greenberg, a science journalist, a psychotherapist, and a depressive himself, takes the reader on an entertaining tour of mental health history, from the discovery of seratonin to the development of Prozac and its ilk.  In no way prozaic. Greenberg presents provocative insights into the development of the "depression industry".

The book I most recently read was Don't Consider the Fork by Bee Wilson. Don't bother considering it. It should be stirring, as it covers the evolution of the fork, the chopstick, measuring cup and other cooking implements. Yes, the facts are intriguing, but the writing just doesn't measure up. 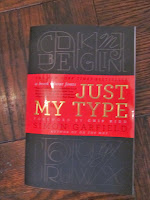 On the other hand, do consider Just My Type: A Book About Fonts by Simon Garfield. Even if you are not one to mind your p's and q's, Just My Type is a helvetica of a read. The book considers the ampersand; ponders the idiosyncrasies of serif and sans serif; and explains the artistry behind the font design of the the London Underground (which has inspired its own typeface--appropriately dubbed Underground). If you can only read one of the books listed here, this is the pica of the letter.

More recommended reads coming next week in a piece entitled On Trains and Brains.
Posted by Laura Powell at 12:00 PM