please follow me on twitter @dailysuitcase
____
One might not expect Africa to contain much desert south of the Sahara. But Namibia, tucked away in the southwestern corner of the continent, is largely desert--dry, hot, and rugged.

In fact, the Namib is the oldest desert in the world, dating back 55 million years. Although one of the driest areas on earth, it has an amazing amount of biodiversity. This is largely due to its location adjacent to the Atlantic coast. The daily bombardment of ocean fog serves as lifeblood to the desert's critters.

The 19,000-square-mile Namib-Naukluft National Park was created to protect this vast desert.
The Namib Sand Sea area of Namib-Naukluft Park recently achieved UNESCO World Heritage Site status. It is the first natural heritage site named in the past decade to fulfill all four critieria of the designation. To paraphrase and condense said critieria, a World Heritage Site should:

1. Contain superlative natural phenomena or areas of exceptional beauty
2. Be an outstanding example of the Earth's history, including its geological processes
3. Be an outstanding example representing ongoing ecological and biological processes of evolution and
4. Contain important and significant natural habitats for conservation of biological diversity

What makes the area particularly special are the dunes. The oldest dune system in the area is estimated to be 21 million years old. The "younger" dunes have been around for five million years. The dunes are among the tallest in the world, some measuring nearly 1000 feet. Certainly, this is one of the greatest moving sand seas on the planet, representing a vast array of dune types. "Dune types, dude?" you query. Indeed, there are diverse dune types. There's the Barchan, the Seif, the Star, and the Sand Sheet. Inquiring minds can Google the details. But suffice to say that if you are a dune fanatic, Namibia is the place to be. 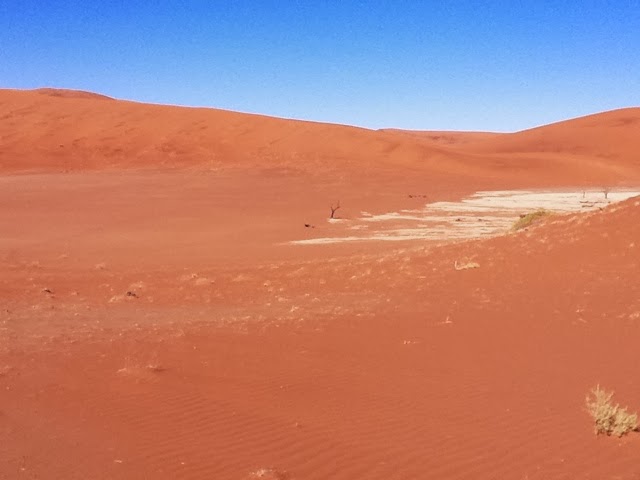 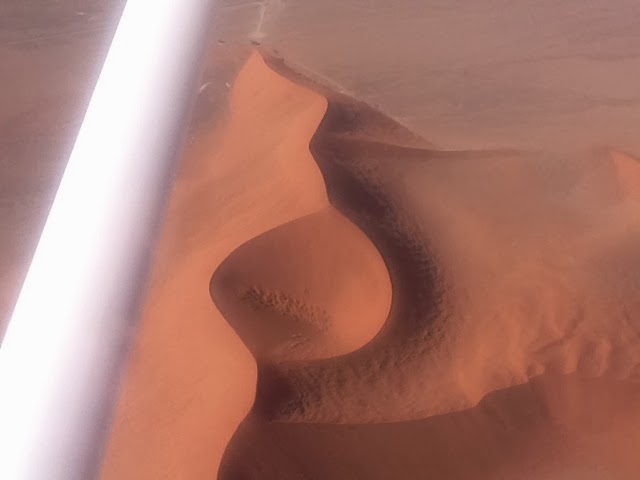 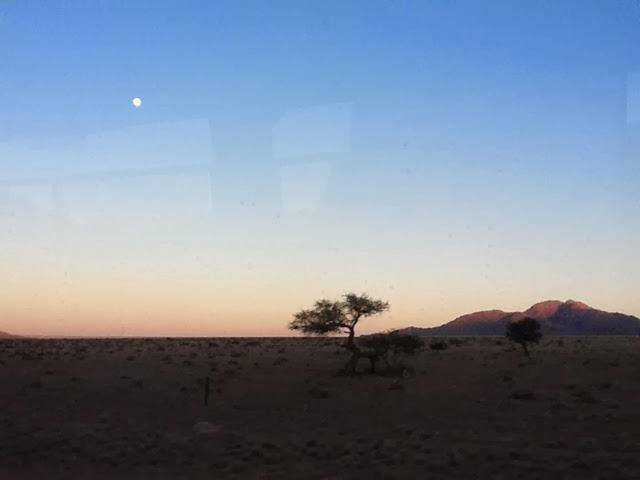 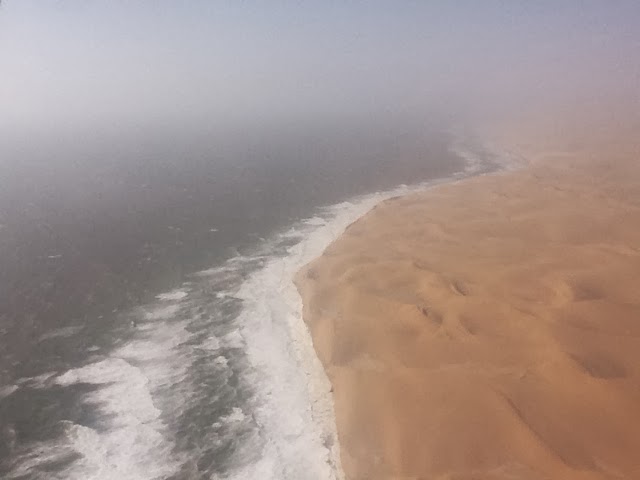