The Soundtrack of My Travels

Have you ever had an ear worm? You know the phenomenon. An ear worm is when you can't get a song out of your head. It plays incessantly in there, like a broken record.

I am most often plagued by ear worms when I travel. And it's no surprise.  According to one Dr. Vicky Williamson, a music psychologist at the University of London, ear worms are most likely to develop in moments of stress or at times when your mind has the freedom to wander. Both are common states-of-mind when away from home. 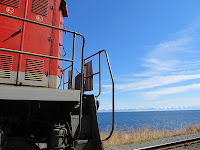 Thus, when I take a trip on the Trans-Siberian Express, I can't get Back in the U.S.S.R. out of my noggin. Every time I go to Phoenix, Arizona (all the way from Tacoma), Steve Miller Band's  Keep on Rockin' Me, Baby keeps knockin' around my head. And don't even get me started on Maria Muldaur's Midnight at the Oasis, which for decades has been triggered in my mind by the sight of camels and/or visits to the Middle East. For years, I thought the lyrics of said song started like this: 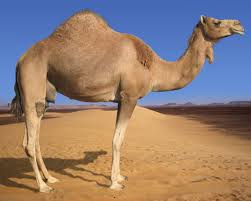 Midnight at the Oasis
Take Your Camel to Bed...
And I would sing this aloud in Jordan or Israel and people would look at me funny.  Take your camel to bed?  What kind of freak is this Maria Muldaur? Heck, no wonder they were looking at me funny.  I had to Google the lyrics.


Midnight at the oasisSend your camel to bed (editor's note--oh). Shadows painting our faces.Traces of romance in our heads.
You don't have to answer. There's no need to speak.  I'll be your belly dancer, prancer And you can be my sheik
[Instrumental Interlude]
I know your Daddy's a sultan, A nomad known to allW. With 50 girls to attend him, they all send him....Jump at his beck and call
But you won't need no harem, honeyWhen I'm by your sideAnd you won't need no camel, no no....When I take you for a ride
Come on, Cactus is our friend. He'll point out the wayCome on, 'til the evenin' ends, 'til the evening ends.
Tsk, tsk--dirty lyrics, Maria Muldaur.
-----------------
Anyway,  according to an article in The Guardian U.K, I did the right thing. I went to Google; I looked up the lyrics: I got closure and washed that ear worm right out of my hair. According to Dr. Ira Hyman, an expert in the study of ear worms (he wanted to be a gynecologist, but he didn't put enough time in the labia), "Choruses tend to get stuck in your head because they are the bit we know best. Because we don't know verses, the song remains unfinished. Unfinished thoughts are more likely to return." Finish the thought and ear worm be gone.
Dr. Hyman, who works at Western Washington University, also suggests we can dig ear worms out of our heads by distracting ourselves. Read a book. Not this one. though. Put together a piece of IKEA furniture. Or bake a cake. Of course, the latter remedy comes with its own ear worm side effects.

MacArthur's Park is melting in the dark
All the sweet, green icing flowing downSomeone left the cake out in the rainI don't think that I can take it'Cause it took so long to bake itAnd I'll never have that recipe againOh, no!
Would love to know what ear worms enter your head when you are on the go. Please write in.