I have been traveling extensively recently, to the point where I have stayed at dozens
of hotels already this year. During the course of these travels, I have discovered several
really great properties, which I will share from time to time here.

But lest you get the idea that a travel journalist’s life is all heavenly beds and
five-star hotels, let me first off assure you that I have stayed in several fleabags along the
way. To that end, I can’t advise you enough against staying at New York’s Riverside Tower
Hotel and Boise’s Best Value Inn and Suites. They are so bad that I won’t even grace them
with a link.

But let’s get back to the good stuff.

In May, I traveled to Austin to be a judge in the O. Henry Pun-Off World Championships
(yes, that’s a thing). 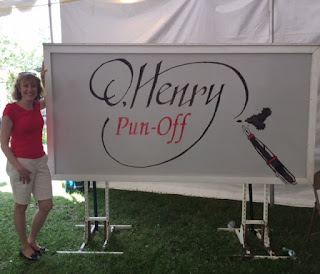 During my stay in the capital of Texas, my home was Hotel Eleven, located in Austin’s
funkadelic East End. The 14-room property is owned by a wife and husband team.
He’s the architect; she’s the hand-son general manager.

Rooms are located on three stories, each floor with its own outside lounge/balcony.
The rooftop sports a for-guests-only lounge with spectacular 360-degree views of the city.

The interiors are modern, popping with orange and blue accents. Guest rooms
(from a Crash Pad to the junior suites) feature wallpaper of varying color and design,
along with cool lighting fixtures and contemporary artwork from local artists.
Some rooms have freestanding bathtubs that are just inviting guests in for a soak. 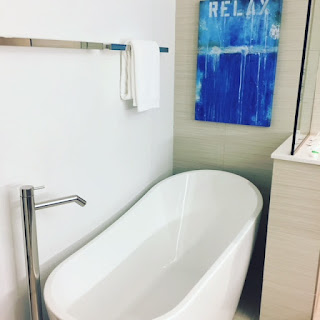 This month, I decided to spend a couple of days in “my happy place.”
That place is Sun Valley/Ketchum, Idaho. I discovered that the previously-rundown
Clarion Hotel in downtown Ketchum had been refurbished into the Hotel Ketchum.
While the general manager refers to it as a three-star hotel, and the rates are among
the cheapest in the area, I was impressed, and I don’t feel sheepish in saying so.

In fact, the hotel mascot is the sheep--which is appropriate given that this area is known for sheep farming. (Ketchum and neighboring Hailey host The Trailing of the Sheep every October, which is one of the best festivals I have ever attended.)


But I digress. While looking around the 58-room property can be an exercise in counting sheep (there’s the sheep mural, and the sheep salt and pepper shakers, and the sheep doorstops, and the “thank ewe” messages on your receipts),  the decor doesn’t cross the line into kitschy. Rather, the Idaho-inspired interior design, from the potato sack collage scaling the lobby walls to the local wood used in the furnishings and accessories, give the hotel a modern, cool ambiance. 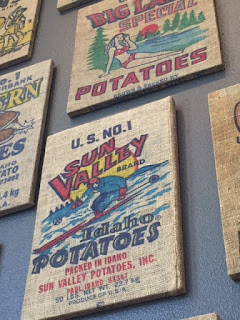 Guests can also hang out at the Hangout. The onsite cafe is open in the morning for breakfast (free to guests) and again after 4 PM. That’s when the space converts into a cocktail lounge featuring beers and wines made in Idaho, along with craft cocktails and a light menu. 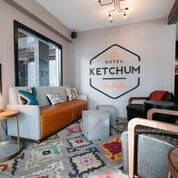 Posted by Laura Powell at 10:34 AM No comments:

Why Luxury Hotels Spend So Much Time Deciding on Bathroom Amenities

The general manager of Le Royal Monceau, Raffles Paris once told me that “the bathroom says everything about a hotel.” It's true. Focusing on the bathroom amenities — the soaps, lotions, and potions — provides a valuable insight into the brand story.

This story originally appeared in the Skift New Luxury Newsletter, for which I am the luxury correspondent.


Let’s face it, you often judge a hotel by the amenities it keeps. If you find a bar of Cashmere Bouquet soap and some flimsy unbranded, unopenable packets of shampoo, you know you’ve arrived at an ultra-budget hotel.

On the other hand, should the likes of Acqua di Parma or Le Labo populate the counter, it’s likely you are paying a pretty penny for your room.

The process behind selecting bathroom amenities is an exercise in brand alignment, especially in the luxury space. Top hotel companies have been known to get themselves in a lather about choosing the perfect product line.

Skift spoke with product development and brand management pros at Four Seasons and Sofitel about the selection process. Coincidentally, both hotel companies are in the midst of changing up their amenity lines, both processes years in the making.

Four Seasons was looking to make a change from primarily using L’Occitane and Bulgari products, while Sofitel wanted to modernize its approach beyond solely Hermès and Lanvin. In both cases, the companies wanted to update the amenity offerings, while ensuring the labels chosen were in alignment with the luxury image both brands convey.

According to Isabelle Laroque, director of product development at Four Seasons, the reimagining of the company’s amenity program has had a couple of different iterations.
“At first, we had the idea of capturing a sense of place in a literal way, by finding local products. But as the process went along, we decided that luxury transcended place,” she said. The local tie was not as important as an affiliation with a luxury brand that resonated in the market.

That’s when Laroque “started scrubbing the luxury market – not just in hospitality. I went to Paris, London, and other big markets and looked at the higher brands on the retail side.” It was important to look at the retail market, she said, because “people react better to products they actually buy.”

Next, Laroque and the procurement team reached out to amenity distributors and cosmetic lines. In all, Four Seasons saw 170 contenders. According to Laroque, it only considered 120. Those then went through a vetting process with a strict list of considerations.
One factor was gender neutrality. “We think about gender purposefully,” Laroque said. “We want something with a wide appeal... that not only is unisex but doesn’t have an overpowering scent.”

Then, there's packaging. “We prefer packaging that is more reflective of the actual retail product. We also consider how bottles feel, how the product flows out of the bottle, how easy the screw cap is to open … every aspect. Can you read the label without putting on your reading glasses?”

Four Seasons wanted to give their hotels a broad selection of brands from which to choose, so it settled on 19 for its new portfolio. “We wanted to tighten the supply chain, but we felt having 19 lines provided the right combination of craftsmanship and best in category.”
Hotels are currently in the process of sampling the brands and will make decisions in the fall. By next summer, all hotels will be using their newly chosen lines.

Sofitel is also in the process of reviewing its amenity offerings. According to Joao Rocco, vice president for luxury brand management, the French hotel brand is “in the process of finalizing the product slate – most likely, we will have five luxury lines spanning four luxury brands (including Hermès and Lanvin) to cater to different markets and their regional preferences.” The new products will be in bathrooms next year.

While Sofitel’s main criteria is selecting luxury brands it wants to associate with, its job is a bit easier than that of Four Seasons. That’s because, as a French brand with a French ethos, Sofitel is sticking to brands sharing its national art de vivre.“Since Sofitel is a French brand and we carry that in our DNA, as an ambassador of France, our amenity brands must be French,” Rocco said.

Sofitel’s change process started with a survey of 2000 luxury hotel guests in 10 markets. “We wanted to understand their expectations and the brands they prefer,” Rocco said. The first lesson Sofitel learned: it’s important to have branded amenities, as opposed to creating your own brand.

The survey found that 76 percent pay attention to the brand products. And in developing markets, the results showed a known brand is even more important.“Guests are expecting to see a high-quality luxury brand but are not necessarily expecting to see the same brand everywhere," Rocco said. "They like the surprise."

In addition to looking at survey results, Sofitel looked at scents and cents. “There are varying perceptions of scent in different parts of the world – and we want to cater to those,” says Rocco. Sofitel also considered the cost of shipping and import taxes. Even though the amenities chosen will be French, those brands that have packaging operations in China and South America, for example, might have a leg up economically.

In today’s environment, a discussion of bathroom amenities isn't complete without bringing up the matter of dispensing with small bottles altogether. But most in the luxury space balk at bulk.

“Of course, we think about being more environmentally-conscious,” Rocco said. “But when we ask if [bulk containers are] something that people are willing to accept, the answer is loud and clear. Seventy-two percent of the survey respondents said dispensers don’t convey luxury, while 87 percent get the impression that they are being used to reduce costs.”
Laroque agrees that “using bulk amenities is a very big conversation right now. And in places like Costa Rica, where they have high regulation in terms of plastic disposal, and in remote, remote properties, we might use bulk ... but would do so in residential quality curated containers.” That said, she concurs that for the Four Seasons customer, “Bulk usually seems utilitarian.”

Posted by Laura Powell at 8:33 AM No comments:

I encountered something new upon checking in at Westin in downtown Denver recently. The front desk agent offered 500 Starwood Preferred Guest points per night for every night I opted out of room cleaning. The agent remarked that this was for the purposes of being green, and, environmentalist that I am, I opted in.

But after a few days of the program, I came to sense that the “Green Cleaning” program was more about saving money on housekeeping than it was on saving the environment.  After all, I was still using the same amount of towels and bathroom amenities (although I had to call housekeeping whenever I needed to exchange dirty towels for clean ones, or to restock soaps, lotions and potions).

But that is just one part of the quibble. My main beef is that if this 430-room hotel is so worried about the environment, why is it dispensing plastic water bottles right and left? Now, I applaud the hotel for providing unlimited free water, to guests especially given the dry climate of Denver. But personally, I went through at least six bottles of water a day (and yes, don't rag on me for not putting tap water in a refillable bottle).  Assuming most guests are not water guzzlers like me, let’s say that the average is three bottles of water per day per guest.  Let’s say the hotel runs at 80 percent occupancy, with each room housing 1.5 guests per day.

If the Westin is seriously concerned about green, perhaps, instead of offering guests to opt out of housekeeping, it should instead install water dispensers on each floor, and provide its SPG members with a free water container upon check-in.
Posted by Laura Powell at 12:25 PM No comments: